A scholarly and participative literature with international influence.

A literary community of two and a half million readers for an associative, universal and humanistic work, which is among the most important in Europe and in the French-speaking world.

The only site in Europe that develops the new genre of Participative Literature. A brand new literary genre that combines encyclopedism, pedagogy, as well as the humanism of the age of the Enlightenment. This totally original artistic creation is originally represented and defined in our Encyclopedia. A work representing an original contribution of major significance in the field of literature. The comparison with The Nobel Prize for Literature is possible for the substantial impact in the literary world.

This work develops a great multitude of academic disciplines and complex themes, such as philosophy, science, mathematics, art, history, economics, politics, artificial intelligence or robotics... The universality of human knowledge transcribed in a very complete work equivalent to several doctorates. A reference synthesis aiming at gathering human knowledge present in many books. A new paradigm for a universal humanism, inspired in part by the American Founding Fathers and the mythical elaboration of the United States Declaration of Independence (1776). A project of solidarity that must define a new interpretation of human societies.

A meeting between literature and science representing a major contribution to the world of culture, writing and new technologies.

An innovative representation of new scientific fields, up to the discovery of new inventions that should bring a real global innovation (time travel, antigravity, space vehicle, predictive sciences...)

An international collaboration to promote and defend solidarity, humanism, science, as well as the literary arts. 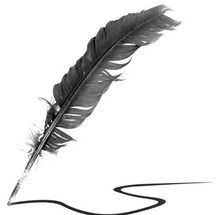 Young writer and encyclopedist published by a major Parisian publisher and having written a large encyclopedia of the Enlightenment of 525 pages, from ideas to punctuation, offers very high quality writing services and varied analysis advice. This unpublished work and very close to the literary style of the greatest philosophers in history was produced in six weeks in March 2015 at just 24 years old.

In the incredible footsteps of the Enlightenment philosophers, American founding fathers, and historic statesmen.

A famous young encyclopedist who offers a questioning of our lifestyles and our thirst for knowledge. A new realism in motion... It proposes to bring together both a new utopia and a sense of participatory rhythm, which will converge towards a renewed and humanist destination. A writer interested in all universal and therefore scientific, historical or philosophical phenomena relating to the turbulent love of altruistic feelings. He is also the creator of a new literary genre: participatory literature.

Indeed he wishes through this present work, a return to the historical grandeur of the industrial revolutions in particular. The author seeks by all means to raise awareness of the risks and challenges of tomorrow's world, while bringing readers together within a new paradigm, which will have to transport us to a new era.

Disposition and mastery of high quantum sense, when building the ultimate universality of Sciences and also the possibility of teaching more than 39 subjects or cultural fields. This assumption also applies to all doctorates. Construction of the vector development in the form of arrows and explanatory practice of the fundamentals of the Cosmos. Putting mathematical segments into practice in several very precise forms. Work very close to the concrete efficiency of the greatest mathematicians.

Development also of universal engineering sciences in very broad fields of study. Futuristic engineering still unpublished today by its explanatory and progressive constitution... Conversion, distribution, analysis of exploitation concerning the futuristic and electromagnetic keystone. From particles to elements. From axioms to theorems and also from their corollaries. The splendid scientific and timeless lyricism in the firmament of the magnificent and twirling climax !

The proposals are very diverse: mechanism and engine of flying cars to the development of technological tools still unpublished to date... See the configuration of ions around powerful force fields and tactile imprints of the ionosphere. Modern layout of a rocket engine in perfect chemical and proton revolution. Use of cognitive science and predictive technologies, including artificial intelligence and neuroscience, and Big Data Analytics methodology. All combined with the balance of entities of strong and revolutionary universalism. Fascinating architecture and structure of matter related to matrix rotation. The prolonged configuration of systematic power and therefore linked to the transfiguration of the senses.

Creation of philosophical power in connection with cognitive rotation and therefore linked to the intricacies of accomplished and humanistic reflection... Without forgetting also the knowledge in connection with the great literary works which curb our thought by consolidating it within a renewed doxa and therefore at the heart of creative art! Methodical organization of the literary density bringing its flow of emotional turbulence between growth and logic. 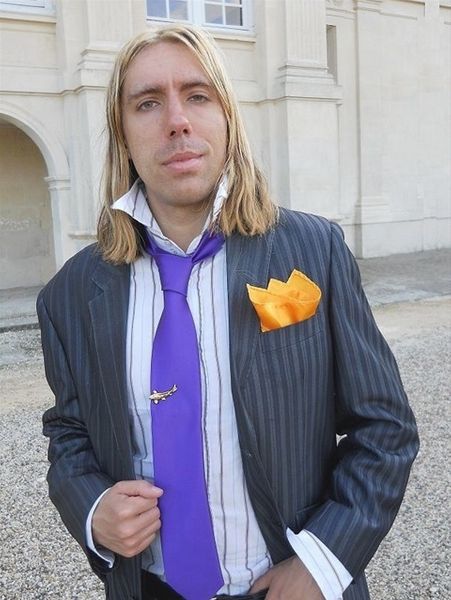 The encyclopedia develops the new genre of participative literature.

This original and unique creation must bring the reader to a real participation throughout the book.

A great altruistic journey to the heart of human history

A committed and international humanist project 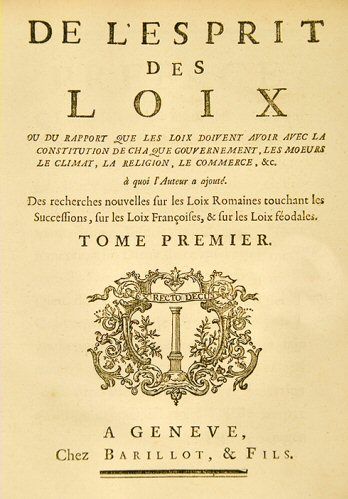 A conviction to create a new humanistic society

This famous work defines in particular the separation of powers.

The modern creation of the Philosophy of Law indispensable in society. 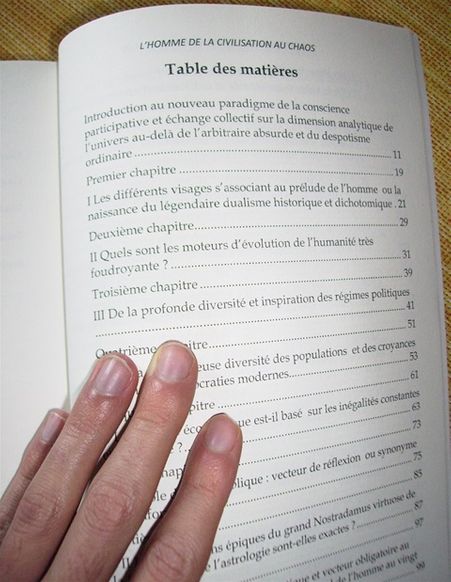 Participation committed to the restoration of humanism in its best light and of this light of power and protection which is always there to watch over both creative history and the universal hope of peoples... While refusing the destructive conflicts and unhealthy violence that often robs of eternal glory.

The skilful and elegant positioning of a humanistic turbulence is essential to pure and perfect reconciliation! Let us work, my dear friends, for the establishment of a new human paradigm, which will have to revive world joy, while refusing violence or even ideological struggles, since they prevent universal reunification... Burst in full intensity of the modesty and the power of solidarity which must embody the new rebirth and the protective action.

The peoples of the world represent hope and also this superb will to live and to share. 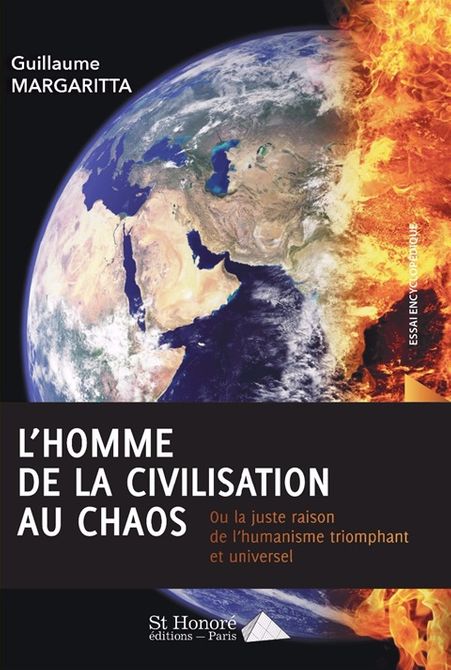 Our encyclopedia is part of a literary genre, totally original and unique.

The creation of a timeless work must be defined by the saving and improving action of the conscience and the capacity to retranscribe with veracity the different facets of our world.

The analysis succeeded the observation in a formidable efficiency, with the multiplication of the glances on all the historical and world civilizations. The goal was clearly defined: to leave an important testimony of the societal, human and humanistic culture. A work that describes a new paradigm, a new universal, just and humanistic destination.

I wanted to create a new way of writing, and also to exchange with a real literary community wishing to continue our collective duty related to memory and remembrance. To be able to communicate in an extraordinary way, we must fix our attention on the very quintessence of the whole civilization and therefore connected to the human soul...

This historical literary creation is the origin of a new literary genre: participative literature. Thus, we realize a work in common with the readers, while making reach the societal conscience, a new expression of literature.

1. Elements of style authorizing a fairly revolutionary new approach, as we saw during the 1751 encyclopedia composed thanks in particular to the significant contributions of Denis Diderot and D'Alembert.

- Unique literary approach consisting in the management of links between different segments and parts of the work, succeeding in bringing together all the readers, thanks to new contents regulating the scholarly and analytical dimension of the work.

- Creative capacity linked to the chapter and its assembly with the many examples explaining the new mode of artistic creation, in particular in connection with the immersion of the reader in an ocean of knowledge, no need to wait for the narrator to manifest himself. A total set organized in such a way as to completely renew the role of the reader and to include him in the foreground.

2. Scholarly study of the management of participative literature, it has sometimes been lightly glimpsed in the works of the great writer Victor Hugo, who wanted the breath of romanticism and his opinion of humanism to support populations around the world. My work aims at the precise elaboration of a new charter creating a whole new literary formula.

- Agonist to the philosophical thought but really integrating the readers to all the developments and to the important and determining exchanges when to the real utility of the permanent inclusion, because thanks to this provision that we can link the interaction: the literary genre retaining the reader.

- The achievements of the German poet Goethe have made it possible to generate a new function of the narrator, associating him with force towards a new path and literary articulation.

- Encyclopedic knowledge is disseminated through participatory literature in a total way, the new arrangement of themes, chapters and sequences have the exceptional capacity to be able to federate around the same goal, an important act: that of getting up and become an element as well as an essential protagonist in the literary work, a major advance in the field of literature.

I will present here, in a simple way, new technological and ultra-futuristic concepts, mathematical projects or theories on the stock market, the development of marketing or artificial intelligence, Machine learning and Deep Learning. All these applications can be developed if opportunities arise, all of the following have never been presented except in my encyclopedia.

Futuristic technique that will allow you to virtually evolve in an interactive world with a playful hologram that will follow a unique and personalized program, using quantum fields and atoms to create a perfect virtual reality.

A small particle to be gently placed on the eye, to quickly regain sight. Special fluid-based nanotechnologies allow for complete and effective regeneration.

A futuristic technology to connect during sleep, to program and perfectly define your dream. The latter can be based on both memories and immediate inspiration. Connection between the subconscious and neuroscience programming.

transmission of thought and management of binary knowledgelearning and integration module

The miniaturization (ions) of the central element will be able to send thoughts of all kinds with empathy... Extraordinary speed in terms of intense control and insertion of the intellectual information transmitted thanks to the connection by rotating waves.

The development of related scientific and technological processesnotably to temporal paradoxes, antigravity and flying cars

Here I will quote the main points:

In the case of the opening of a vortex, which will lead to a wormhole, we will have to generate a quantum segment, which we could use with a creation of a storm in electromagnetism, we will have to use the infinite energy of the ionosphere. The invention of a time machine would be based on the use of energy and its conversion into time energy, a successful conversion to create a miracle of triangulation and the opening of an inter-dimensional door, the machine would use the energy available around us. A small box could generate the programming and its speed of absorption in spacetime.

Use of gravitational fields in conjunction with photons and scalar waves to generate this particle which will allow vehicles to escape gravity and therefore to fly.

New theory of marketing and the stock market to generate profits

Complete new theory of marketing and its use by algorithm to allow its perfect adaptation to all types of demands or markets, revolutionary strategy to increase profitability, increase targets and segments of analysis. Universal code for stock and mock apps, based on unique mathematical fields.